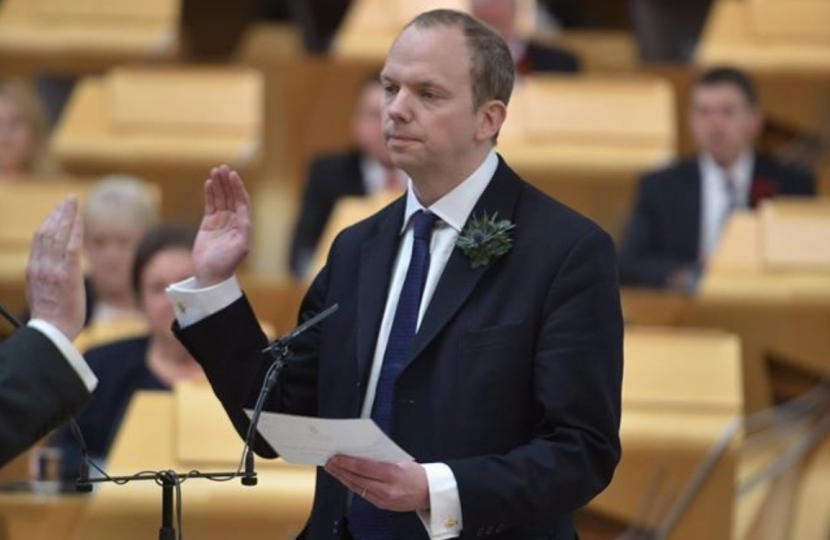 Originally from Achnacarry in Lochaber, Donald was educated at the University of Oxford, and graduated with a BA in Modern History (first class honours). He then worked at the Center for Strategic and International Studies in Washington DC – a think-tank specialising in international relations.

Returning to the UK to study law, he qualified as an Advocate at the Scottish Bar in 2005. He practised across Scotland focussing on public, agricultural and crofting law, appearing in the Court of Justice of the European Union, the Supreme Court, the Court of Session (Inner and Outer Houses) and the Scottish Land Court.

Donald Cameron was first elected to the Scottish Parliament to represent the Highlands and Islands Region in 2016, and he was subsequently re-elected at the 2021 Scottish Parliamentary election. Following the election, Donald was elected to serve as a member of the Constitution, Europe, External Affairs and Culture committee.

Donald sits on the following committees:

Donald is a member of the following Cross Party Groups: