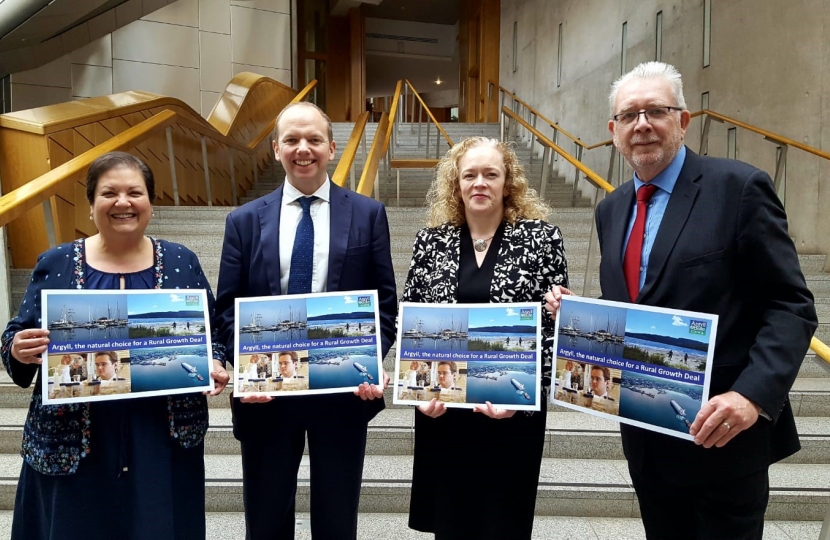 New funding which has been earmarked to go towards a variety of Growth Deals, including the proposed Argyll and Bute Rural Growth Deal, has been welcomed by Highlands and Islands MSP Donald Cameron.

An additional £300m of new funding has been announced today by the Prime Minister Boris Johnson while on a visit to Scotland, where he met with Armed Forced personnel at Faslane, and held a separate meeting with the First Minister.

Since the Growth Deal scheme was first launched, some £2.78bn have already been committed, with the new funding announced today taking it over the £3bn mark.

“This announcement from the Prime Minister is very welcome news, and I know there will be a lot of people across Argyll and Bute who will be delighted to hear this.

This is a prime example of the commitment of the UK Government to supporting economic growth in some of the most rural parts of Scotland.

Obviously the devil is in the detail, and I look forward to engaging with the Scotland Office further on that matter, and working with Argyll and Bute Council to see how best we can capitalise on the Deal.