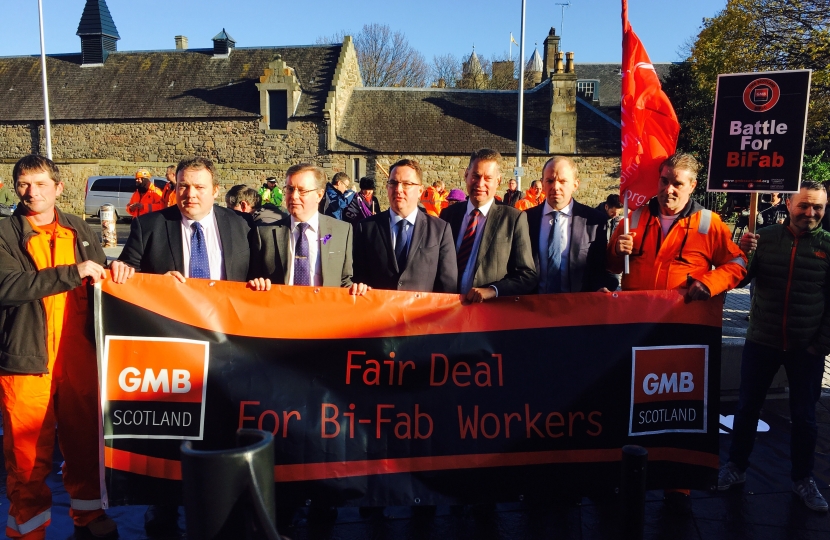 Highlands and Islands MSP Donald Cameron met with trade union representatives and workers from BiFab at a rally outside of the Scottish Parliament.

This follows the announcement that Burntisland Fabrications Ltd have filed for administration, which could see major job losses at their Arnish yard on the Isle of Lewis as well as their Fife yards.

Employees and union leaders alike met with MSPs including Donald to seek assurances that was being done to safeguard jobs and find a solution.

“This is an extremely worrying time for the near 1,400 staff who work for BiFab and their families, including the 160 strong workforce in Lewis.

As one of the local MSP's for the area, I want to say to those individuals that my office is here to offer whatever support and advice we can.

It is clear from the rally today that workers want to see a solution and I believe we can achieve that. We secured a future for the Lochaber smelter last year so it can be done.”