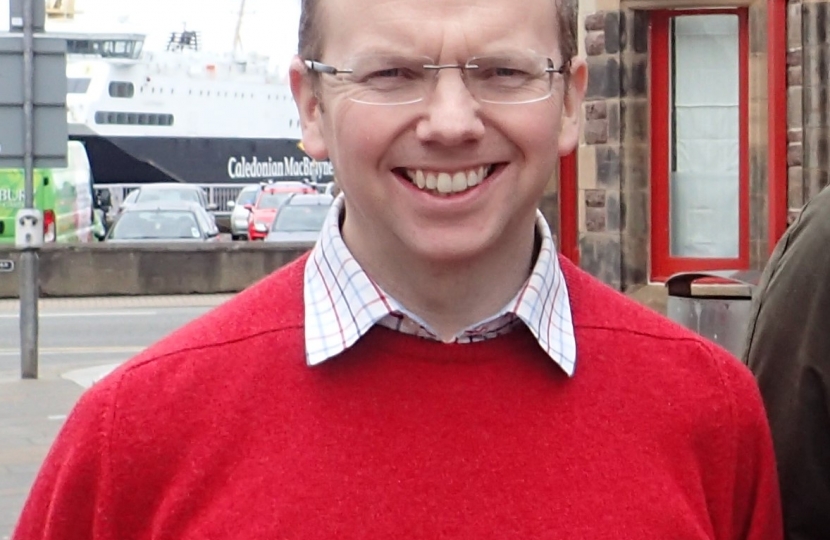 Highlands and Islands MSP Donald Cameron has called for an urgent plan to address longstanding issues around delays, cancellations and breakdowns linked to the Clyde and Hebridean ferry network.

Mr Cameron’s call comes just days after it was announced that the return of the MV Loch Seaforth vessel, which serves the lifeline Ullapool to Stornoway route, would be further delayed, despite assurances that it would resume service on 17th May.

Recently, an investigation by the Herald newspaper uncovered that ‘just over half of Scotland's lifeline ferry network is operating outwith its working life expectancy’, with 16 vessels out of 31 in operation over 25 years old.

“The latest setback for the return of the MV Loch Seaforth has understandably been met with severe disappointment and frustration, by communities and businesses in Lewis and across the wider Western Isles.

“News of breakdowns, cancellations and delays have become all too common, and local residents deserve much better than this.

“These longstanding problems need to be addressed, so that our island residents and businesses get a ferry service that meets local needs.”