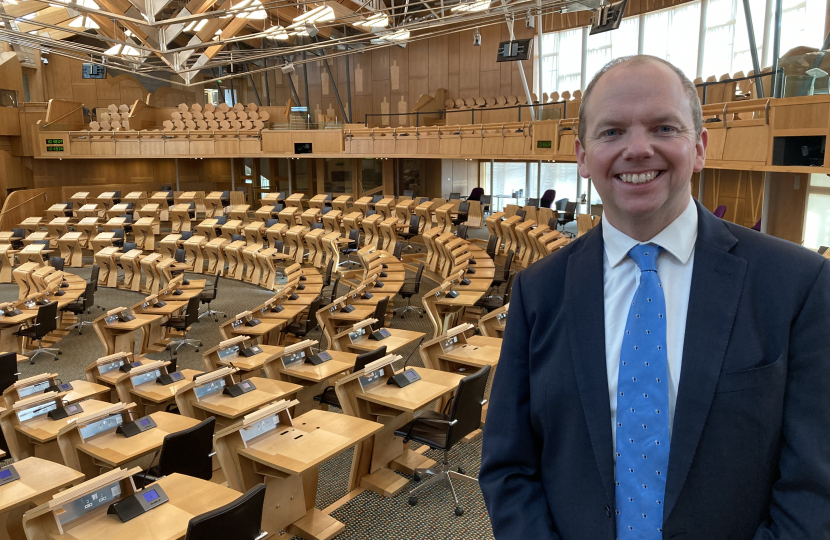 Highlands and Islands Regional MSP Donald Cameron has sought assurances from the First Minister that the roll-out of Covid booster jabs will be delivered more effectively in the future.

Mr Cameron questioned Nicola Sturgeon on the matter at First Minister’s Questions on Thursday (10th March), as Covid infection rates in the Highlands and Islands became some of the highest in Britain, and as NHS Highland’s Director of Public Health warned the public to be vigilant.

Mr Cameron said: “Unfortunately, during the last surge in infections, some local people here were given incorrect guidance about where they go to receive a jab. Some folk were told to travel literally hundreds of miles from home for an appointment.

“I want to make sure that lessons have been learnt and I was pleased the First Minister acknowledged my concerns and seemed to take on board what I was saying.

“I very much hope that we will now see a service that is better tailored to the needs of people in the Highlands and Islands.”