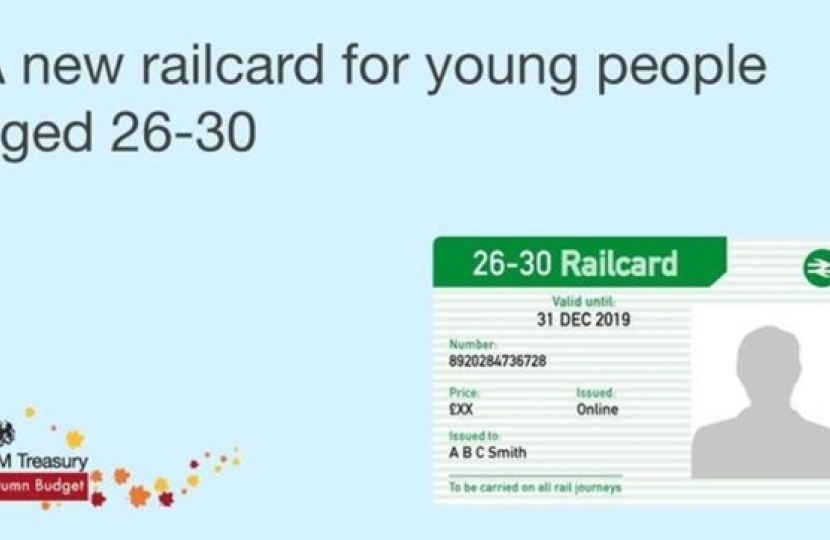 A new railcard for young people aged between 26 to 30 years old has been launched nationwide following a successful pilot scheme.

The new railcard, which discounts rail travel by a third, has been introduced alongside the long standing 16 to 25 rail card.

The latest addition was announced by the UK Government in a bid to help save young people extra money when travelling by rail, and also to help reduce car journeys by encouraging people to take a train instead.

There is also a new app whereby people can access their railcard as soon as they pay for it, eliminating the need to wait for the physical card to arrive in the post.

Highlands and Islands MSP Donald Cameron has now urged young people across the region to take advantage of the new railcard. People can apply for it here: www.26-30railcard.co.uk

“The new 26-30 millennial railcard is a very welcome announcement by the UK Government as it will help hard-pressed young people to travel by rail without paying through the nose for it.

The cost of travelling from Argyllshire to Glasgow and beyond can be quite prohibitive, but this new railcard will help ease that financial burden, particularly for those commuting on longer distance journeys.”