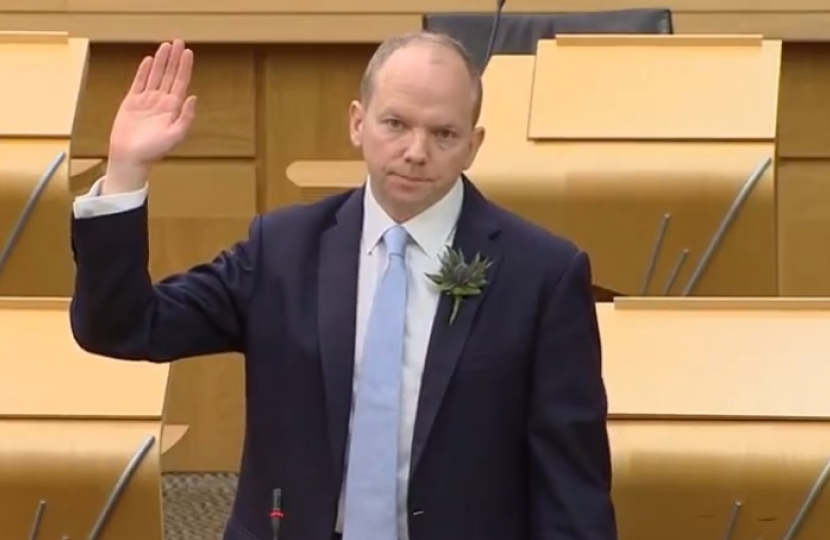 Mr Cameron opted to take the oath, and did so in both English and Gaelic, in recognition of his passion for protecting, preserving and promoting the Gaelic language.

He is the first Scottish Conservative and Unionist MSP to take the oath in Gaelic in the history of devolution.

Donald Cameron MSP said: “I chose to take my oath in Gaelic as well as English because I believe passionately in the Gaelic language, and I was delighted to join several others in doing so.

“I look forward to continuing the cross-party work that we started in the last term of Parliament, so as to ensure the long-term survival of the Gaelic language.”