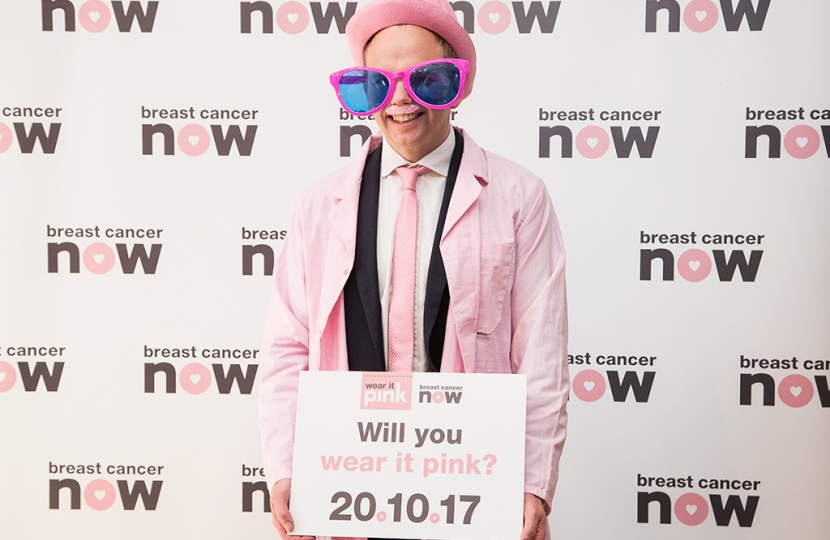 Highlands and Islands MSP Donald Cameron has urged constituents living across the West Highlands and islands to support charity Breast Cancer Now’s campaign to raise awareness of the disease.

The annual ‘Wear it Pink’ campaign rolled into Holyrood last week and MSPs from all parties turned up to show their support for the campaign, which has become one of the most recognisable awareness efforts in recent years.

Donald, who recently highlighted the issue of low early cancer detection figures in the Western Isles, has praised the charity for its work in funding research, having raised over £30m since the Wear it Pink campaign was launched in 2002.

“I am delighted to once again show my support for this excellent campaign which has raised so much money over the years to meet its ultimate goal to ensure that by 2050, everyone who develops breast cancer will live – and live well.

Around 1,000 people die from breast cancer in Scotland each year. However, campaigns like ‘Wear it Pink’ are vital in raising and maintaining public awareness so that people who think they may have breast cancer can get it checked early and so substantially increase their likelihood of beating it.

I would urge all residents living across the West Highlands and islands to get behind the campaign and support Breast Cancer Now Scotland.”