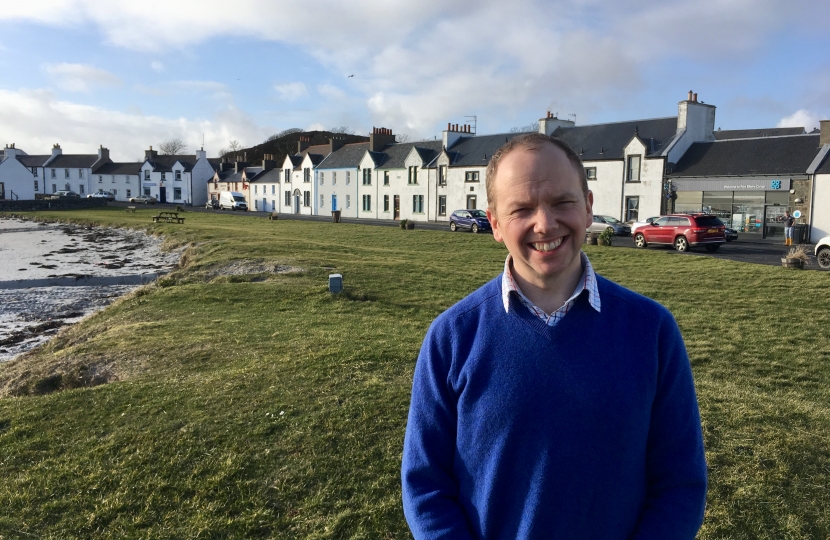 Pupils from Islay High School have been praised at the Scottish Parliament after they were shortlisted for the FilmG Gaelic Learners Award.

Their success was highlighted in a parliamentary motion submitted by Highlands and Islands MSP Donald Cameron.

Mr Cameron said: “Islay is one of the heartlands of Gaelic and it is immensely encouraging to see local young people, supported by their teachers, producing such a high quality film project in the medium of Gaelic.

“The future prospects of the language are vested in the commitment of the next generation of speakers and learners, so well done to all those involved.”

That the Parliament congratulates the pupils of Islay High School who were shortlisted for the final of the FilmG Gaelic Learners Award, which is an annual competition organised by MG ALBA; recognises the hard work and commitment that went into producing the two films submitted, one for learners and the other for fluent Gaelic speakers; is encouraged to see this evidence of commitment to Gaelic, which is so important to an understanding of the culture and history of Argyll and Bute, and thanks all the staff at the school who gave their support and encouragement to the young people who came together to deliver the project.

New figures which show incidents of domestic abuse in Argyll and Bute at a ten-year high has been described as “extremely concerning” by Highlands and Islands Regional MSP Donald Cameron.