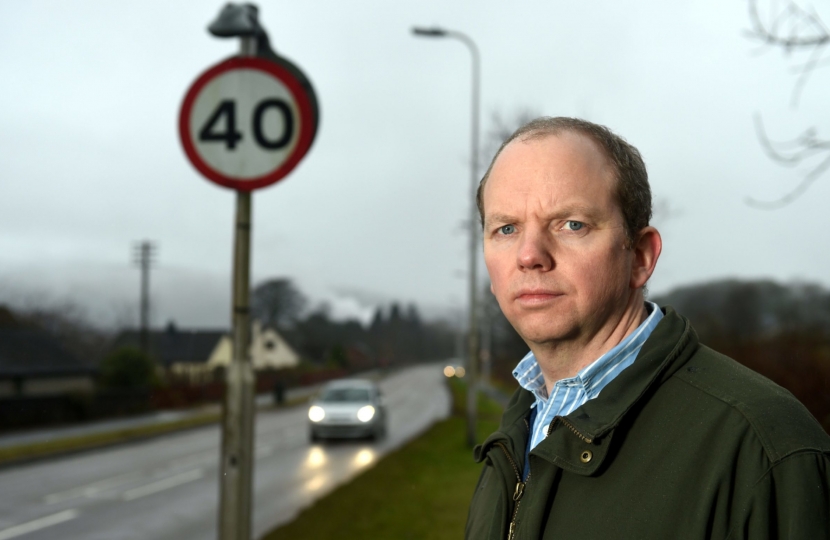 Highlands and Islands Regional MSP Donald Cameron is backing a campaign for a reduced speed limit after being contacted by residents of a village in Argyll.

Local people from Minard contacted Mr Cameron after they became concerned about speeding motorists driving through their village who are apparently attempting to make up for lost time, after a reduced speed limit was introduced in the nearby village of Furnace.

Mr Cameron said: “Sadly, we seem to have ended up with the situation where action taken to reduce traffic speed in one community has had the unintended consequence of increasing it in another.

“I understand that the local community council is already actively lobbying the relevant agencies seeking a reduction in the speed limit at Minard from 40 to 30mph.

“To support their efforts I have written directly to Transport Scotland to urge them to look into this matter without delay.

“The village lies on the A83 trunk road which, as it carries heavy commercial traffic, can feel very intimidating to people walking nearby, particularly school children who may have to cross the road to wait at a bus-stop.

“I very much hope we don’t have to wait long before action is taken.”

A subsea connection delivering renewable energy generated in the Western Isles to the north of Scotland has been welcomed.