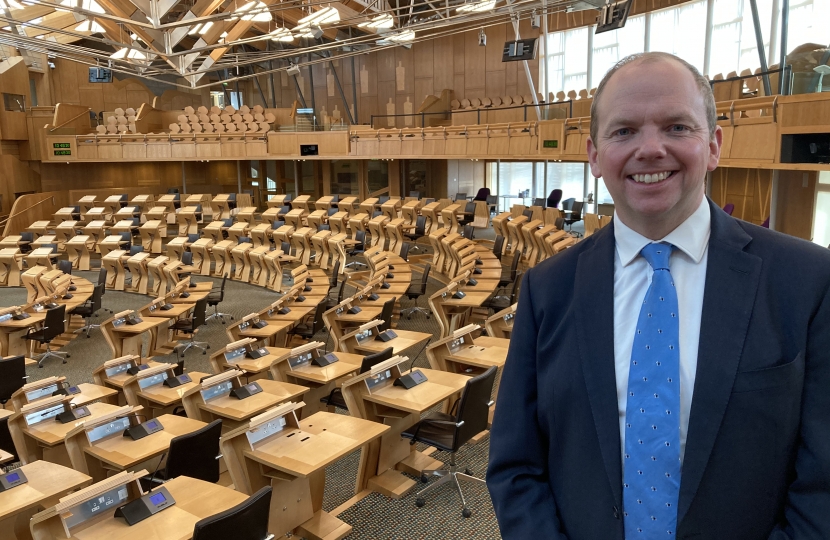 News that Radio will be presented with The Queen’s Award for Voluntary Service has received praise in the Scottish Parliament by Highlands and Islands MSP Donald Cameron.

Mr Cameron has submitted a parliamentary motion welcoming the news, and highlighting the importance of independent, local radio broadcasters in our communities.

“I am delighted to hear that Nevis Radio and its volunteers have been recognised for their outstanding service to Lochaber and its many communities, by Her Majesty the Queen.

“Nevis Radio has been a staple in Lochaber since 1994, and it is vital that we not only recognise the importance of local, independent broadcasters, but that we support them too.

“This award shows that local radio is a vital part of the community, and I wanted to highlight this in the Scottish Parliament.”

That the Parliament congratulates Nevis Community Radio who have been honoured with The Queen’s Award for Voluntary Service; understands that this is the highest award that a voluntary organisation can receive in the UK, and that it is given to groups who carry out outstanding work in their local communities; recognises the sheer hard work, sacrifice and effort that those who volunteer for Nevis Community Radio have put into the station since it was founded in August 1994; acknowledges the importance of independent community radio stations for communities across Scotland; and wishes Nevis Community Radio and its volunteers well for years to come.