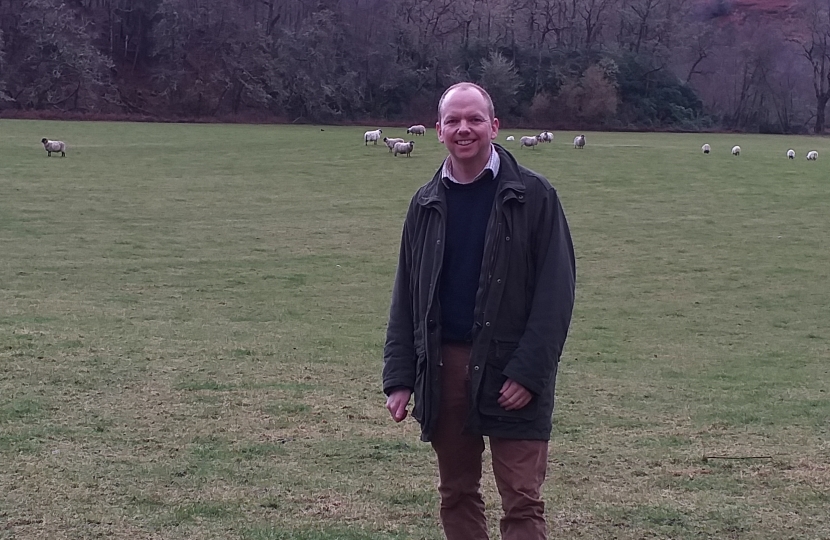 An Inveraray farmer has won praise in the Scottish Parliament after being the recipient of the Stalwart award which is presented annually by the Argyll and Bute branch of NFU Scotland.

The award was made to Dougie Ford, of High Balantyre Farm, Inveraray, who has devoted many years to mentoring entrants to the farming industry in Argyll and Bute.

“It is very encouraging when you hear of people who devote so much of their time helping and inspiring the next generation.

“Farming is not really something you can learn from textbooks, or in the classroom, and farmers will tell you that there is always something new to learn.

“And that’s why mentoring is so important. It provides the necessary confidence and reassurance to young people entering the sector who may feel a little overwhelmed by the challenge of running their own business.

“It’s very evident that Dougie Ford’s efforts are much appreciated and I was very pleased to be able to highlight his contribution at Holyrood.”

Please see below a copy of Donald's motion below

Motion Text: That the Parliament congratulates Dougie Ford, a farmer from Inveraray, Argyll and Bute, on being the recipient of the Stalwart Award, which is presented annually by NFU Scotland’s Argyll and the Islands Region; understands that he established, from scratch, a successful livestock farming business at High Balantyre Farm at Inveraray; acknowledges that he has, through his commitment to mentoring, provided inspiration and guidance to generations of young farmers in North Argyll who are seeking to set up their own businesses, and wishes him many more successful and inspirational years in his chosen career. R

Highlands and Islands Regional MSP Donald Cameron has described the UK’s success in vaccinating over 30 million (and rising)  of its citizens as a resounding success and praised NHS staff, GP practices and volunteers for their role in delivering the vaccination programme across Argyll and Bute.